Ooops, she did it again!! 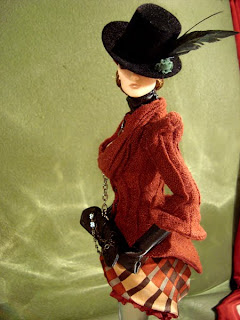 for taking the
prize for a second time!!

I’m really proud for Emilia to have taken first place for the latest CDDC challenge. However, this is the first time I can’t say I picked a definitive winner. Yes, the designers have definitely stepped up their game! There were several designs that would merit consideration for first place, so I didn’t envy the judges their job in deciding this one!

I think what could have been the deciding factor – besides the cutting edge design – were the very appropriate accessories. They weren’t merely the icing on the cake, they fit so well they became a part of it, and added to the overall appeal of this outfit! So, fashionistas, it is now more imperative than ever to develop the total package if you hope to conquer that first place position – get with it!! 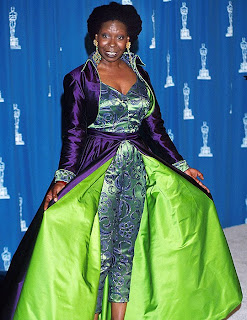 And, what kind of styling will be appropriate for the current challenge?? What do we need to put our doll on the best-dressed, rather than worst-dressed list of red carpet regals? Well, that’s a little harder to decide than you might imagine. Popular designs have included everything from modern to vintage, all colors, and styles that have been both slinky as well as full-skirted! Therefore, I think we have to look at the criteria a stylist uses. They ultimately try to pick a dress or ensemble that fits their celebrity. So, would it not follow that more than ever picking an appropriate model for our garment may be the key to winning the judge’s favor!?! 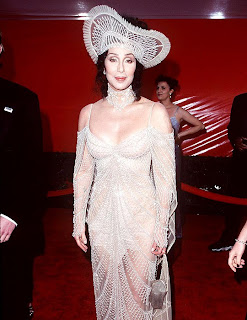 Of course, this is just your blogmeister’s opinion – what criteria YOU use will depend on YOUR vision of what constitutes a modern-day gown that will make everyone go oooooooooh instead of ughhhhhhhhh like they did when they saw some of the not-so-desireable fashions I’ve featured that have actually gone down the red carpet!

Good luck on this one!! Although I am quite confident that the CDDC artists could beat the examples shown here even if they were having a bad day! 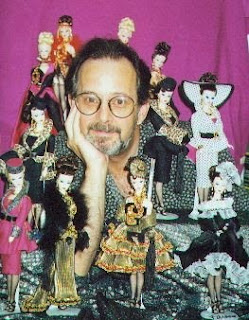 Sometimes it beads that way!!

It's hard to think about fashion dolls, especially the smaller-sized OOAK (one of a kind) ones, without thinking of Jim Faraone. He became involved with fashion dolls in 1980, but had always been an avid doll collector. His collection numbers over 3,000 and includes many kinds of dolls. On top of that he collects paper dolls, miniatures, paper toys, 40's and 50's plastic dollhouse furniture, metal dishes, and autographed celebrity photos. With all that collecting, we can only wonder how, in 1987, he began making OOAK dolls! And, not just any kind of OOAK dolls – Jim’s OOAKS are beaded wonders! 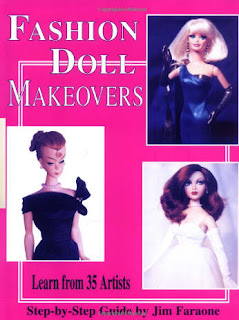 Jim didn't stop at making OOAK dolls, though. No, he began to chronicle his process and produced the final version in book form. To date he has had six books published; five in the series of Fashion Doll Makeovers, Learn from the Artists; and one titled Ultimate Fashion Doll Makeovers, Tips from the Experts. Jim has also published his own quarterly publication on paper dolls titled "Paper Doll Pal."

He was trained as an artist at The School of Visual Arts in , and his artwork has been on display at the Metropolitan Museum of Art in . The doll world has also been privy to his artwork in two editions of the UFDC publication, "Doll News," and when it has been used as souvenirs at various conventions. His articles on the Barbie® doll and paper dolls have appeared in "Contemporary Doll Collector," and he has also appeared on several television news segments and in newspapers. He'd love to have the opportunity to present his and other artist's work on national television. 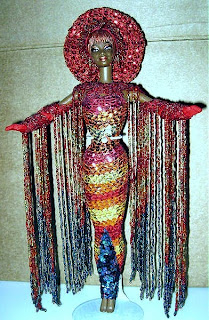 Yes, he’s well known in the collecting field and has been actively involved with many of the conventions where he has organized and run the Artist Galleries. But his heart now belongs to his own convention, the International Fashion Doll Convention, currently held in in the summer. This convention not only offers several days of fun with other doll friends, it is also a venue for some of the most informative workshops, a marvelous showcase for artist’s work, and a place where new fashion dolls have been unveiled!

Jim is a true artist’s friend who has worked diligently to see that new work of professional and non-professional artists is displayed. He is an avid believer in supporting the artists and giving them the recognition they deserve. Hopefully we will all benefit by the critiques given by this caring artist!! 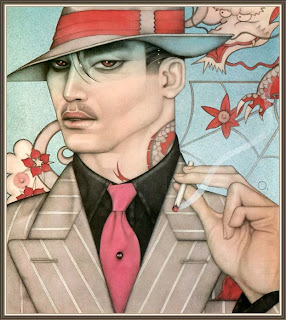 Mel Odom recently marked the end of an era….an era focusing around a fashion doll with an old vibe. Yes, when he published his farewell letter on the HEA BLOG last Friday, it was infinitely clear he was ready to retire Ms. Gene and move on; it was indeed the end of an era! So, what can we do, fellow fashionistas, but thank him for giving us the doll that, IMHO, began the 16 inch fashion doll craze!!

This doll was not only the darling of the repaint artists; she was also a dressmaker’s dream!! From this doll, repaint artists such as Laurie Leigh, Viktoria LaPaz, Terry Norcia and others too numerous to mention, brought new and old stars and other characters to life with their beautiful repaints; and doll pattern makers began a renewed interest in their craft not seen since the arrival of Barbie.

But what was especially interesting about this fashion doll was that Mr. Odom began the fashion designing reign for her through a group of high schoolers with a not-so-simple design competition!!! The contest culminated with a presentation called “Fashions Designed with a Doll in Mind” at , presented in conjunction with and Ashton-Drake Galleries, and featured fashions designed exclusively for Gene! 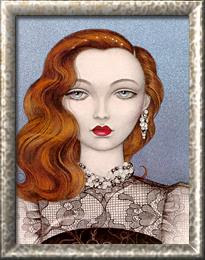 It was 1997, and under the watchful eye of their teacher, Kasia Stefanek, the students began their task shortly after being given the guidelines for creating their outfit. They went through a rigorous study plan that included: historical costume research; creating a portfolio of multiple drawings and designs; pattern making and draping; textile and trim field trips; creating an actual garment; completing the design; and accessorizing and styling the hair. Once their garment was complete, a full color illustration had to be completed; they had to create a story explaining Gene’s character in their design; and they had to write the actual description of their garment.

But their efforts certainly paid off – two of the designs in the 1997 Gene line were a result of this competition! They were produced by Shelley Rinker and Michelle Gutierrez. Another design, by Nicole Burke, made its debut in the 1998 line!

In fact, when I caught up with Shelley Rinker recently she said she had not heard about Mr. Odom’s decision, but did find it rather ironic because she had recently been looking over her Gene doll and reminiscing about her experience.

Neither Shelley nor I had found anything to suggest any other students had gone into doll work, but she certainly had! After finishing high school, Shelley went on to graduate from the of Art and Design. Then she worked as an Intern for Mattel's mainline and games/puzzles divisions, did a stint as Sr. Girl's Product Designer for Lanard Toys, Inc., and is currently the Sr. Development Designer at MGA Entertainmmment, Inc. She is enthusiastic about her job, and has worked on several projects at MGA; she says her current work is on the BFCInk line which consists of some charming girl-type dolls as well as their fashions. You can read more about this line at BFCInk.com 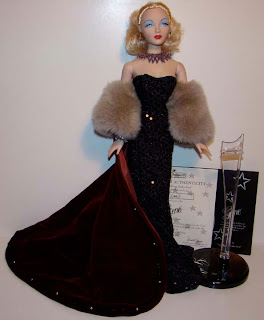 Shelley told me she had produced the outfit called Sparkling Seduction, and that Michele Gutierrez was responsible for King's Daughter, but she wasn't sure which outfit Nicole Burke had been responsible for - perhaps Destiny?? She said she remembered her work on the Gene doll fondly, and that the contest "totally opened me up to the whole doll line, and is probably the reason I have the job I do today!"

What a wonderful legacy Mel Odom has given not only to the teenagers in the original program, but to the entire world of fashion dolls!! We are honored his artistic talents poured over into our hobby!

But rest assured, he will have no problem in whatever phase of artwork he decides to pursue now. For Mr. Odom’s work has been shown at the Cooper-Hewitt Museum and the Society of Illustrators, and he is the two-time recipient of the Award of Excellence from the Society of Illustrators. His art has appeared on the covers of Time and Omni magazines and frequently appeared in the New York Times Magazine. Goodbye, Mr. Odom, we appreciate both you and your doll, and wish you well in all your new endeavors!!!